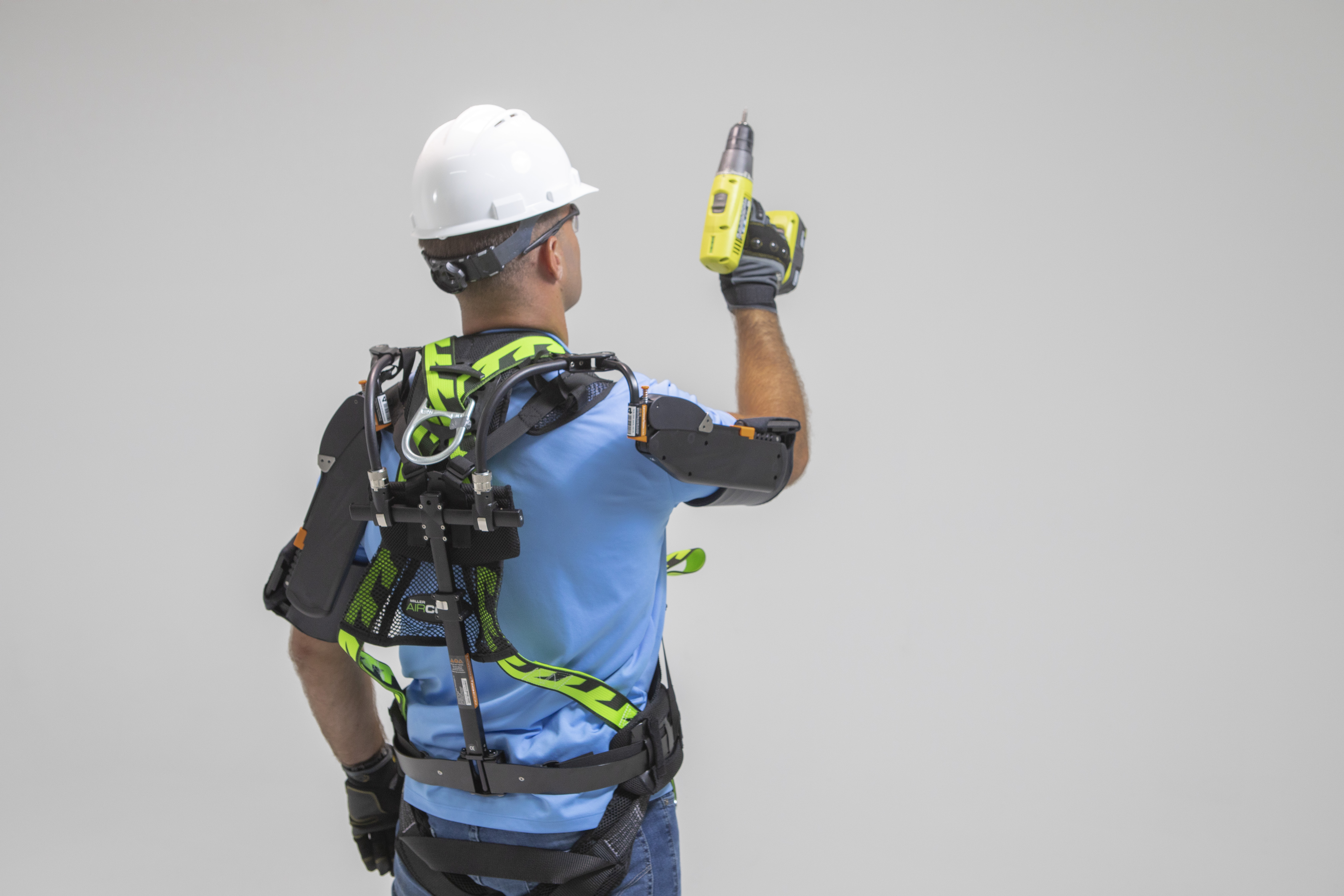 Posted at 09:17h in Business, Design by admin-levitate
Share

SPARTANBURG, S.C. — At the BMW assembly plant here, as many as 66 workers at any one time are leaping into the future with the help of wearable robotic devices.

The Spartanburg plant is pioneering the use of exoskeleton vests — motorized metal frameworks that employees wear to reduce the muscle effort needed for certain tasks. The vests can reduce the effort required by 30 to 40 percent.

Frank Pochiro, a BMW innovation manufacturing engineer in Spartanburg, expects wearable robotics to proliferate through the plant, eventually numbering in the hundreds if not thousands. More than 9,000 people work there.

Pochiro, inspired to try out the technology after seeing a TED Talk about it, is a firm believer in the devices he jokingly compares to an Iron Man suit.

“There’s so much potential for helping our associates with all the different stresses and strains they have in all parts of their body,” Pochiro said. “People don’t really understand that here in assembly, it’s still a labor-intensive process of putting the vehicles together.”

BMW doesn’t yet have hard data to report on injury reduction or increased productivity from using the vests. Such concrete evidence will require months and years more of tracking. But since the four-pound vests, provided by Levitate Technologies, were put in rotation in December, Pochiro hears continuous praise from employees. Those using the exoskeleton to complete overhead tasks such as installing heat shields on the underbodies of vehicles report feeling less stress and fatigue (see video below for demonstration).

Spartanburg was the first automotive plant in the world to use the exoskeleton vest, BMW says. It’s an example of one of many technologies the plant has pioneered for BMW’s manufacturing network, said Oliver Zipse, the BMW AG board member in charge of production.

“We take out all opportunities to try something new, which we haven’t done so far,” Zipse said. If the idea works in Spartanburg, “we go somewhere else.”

The U.S. plant is one of a handful of global BMW assembly plants where new ideas are tested. An optical laser-based system for measuring car bodies also originated here, Zipse said, before migrating to a BMW plant in China.

Other pioneering technologies include hydrogen-powered forklifts and collaborative robots. People work side-by-side on the door line at Spartanburg with those friendly robots, which don’t need to be separated from humans with protective fencing.

Pochiro expects the exoskeleton vest to be adopted more widely once the innovation team turns it over to the production managers as an approved spare part that can be ordered for line workers as needed. That won’t happen until at least next year. He wouldn’t reveal the vests’ cost.

BMW will experiment with using the vests for other tasks, including some done alongside vehicles instead of underneath.

“I can tell you, there’s been such an interest, that we can really use a lot more of them,” Pochiro said.

Other BMW plants are in early trials on the vests and are exploring additional wearables. In Spartanburg, Pochiro is investigating other devices, including those that help support a worker’s legs, lower back, hands and neck. He is working with a number of wearable robotics suppliers and Harvard University.

Though many manufacturers have used robots to replace human workers, Pochiro looks at wearables as technology that can keep people on the job longer.

“These people want to continue to work as they get older,” he said, “and I see wearable robotics really helping people to work and be able to do [the] job they want to be doing without having injuries that prevent them from doing that.”